A special moment of notice for the stalker Annette Curran 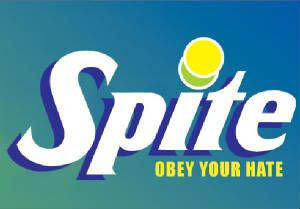 thought you might like a new award for your blog.... Or perhaps a 'special notice', rather than an award.
I'd nominate golfergold for the inaugural one for encouragement and facilitation in provision of a forum for spite

The above was sent by a correspondent and I think it is worth noting the spiteful Annette Curran in this way. Golfergold (aka guilty) was one of the earliest stalkers on the Bain threads. As everyone now knows she had a 'secret' forum that was publishing live into cyberspace. She is someone of special note, a liar, a false identity user but of more interest is her relationship with a poster michellemosse who leaked 'information' during David's trial. Material which was never supported with fact. That information, michellemosse and Annette Curran remain important in the reconstruction of the attempts to pervert the course of Justice that we all now know happened before and during the trial, as well as since of course by people like Neil Purkiss, Ralph Taylor and Mike Stockdale. The later have left substantial trails while (apart from her major blunder on freeforums) Annette Curran still holds information that will need to be made public.

Annette you are gone for the moment, but not forgotten. You will surely be immortalised in some way for your spiteful ways. In the meantime I'm sure you will look upon this token to your spite with great pride. Congratulations for the amount of time you were able to hide your true self.
Posted by Nostalgia-NZ at 9:21 AM